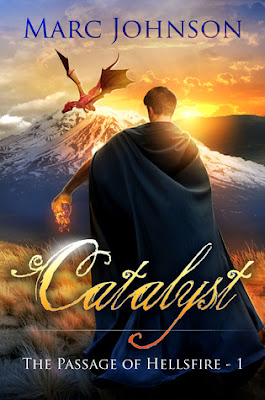 Catalyst (The Passage of Hellsfire, Book 1)

For centuries, the kingdom of Alexandria has protected Northern Shala from the monstrous creatures lurking in the Wastelands. Now, a dark force threatens that fragile peace.
Far from home, Alexandria’s princess is abducted. When a young villager named Hellsfire stumbles upon her and her captors, he rushes in to rescue her, alone and unarmed. His fear and fury unleash an uncontrollable magical force that grants him the power to save the princess—and change the world.

Hellsfire has never craved nor dreamed of power. But such magic as he now possesses has not been seen in Northern Shala for a thousand years, since the devastation of the War of the Wizards and the creation of the Wastelands.

Now Hellsfire must leave all he’s ever known, and make a dangerous journey to learn to master this wild, ferocious power—power he knows he is not ready to wield. More difficult still, he needs to master his emotions. If he can’t, the power will consume him, Alexandria will fall, and darkness will eclipse the land, destroying everyone he loves.
In the dead of cold, the spark shall burn…


My thoughts: This book was definitely fantasy. There were wizards, elves, dwarves, dragons, and ogres. It had the typical good guy who was trying to save the world from the bad guy who was trying to take over and destroy it. It was a great coming-of-age story that is suited for young adult readers. I found myself being quite entertained with Catalyst.

The plot was pretty good. The opener was quite intense and had me hooked in right away. The next few pages did dragged for me a bit but it then quickly picked up. I wanted to know more about the main character Hellsfire (got to love that name) and what the prophecy foretold about him. I also enjoyed the battle at the end between him and the bad guy, Premier.

The characters were quite likeable. Hellsfire was unsure of himself in the beginning but he slowly grew towards the end. Then there was the Princess Krystal; she was very brave and loyal to her people. Her character and that of her father's reminded me of Eowyn and King Eomund from the Lord of the Rings. Next, there was the wizard, Master Stradus. He was the typical wizard with the long, white beard who was very wise. My favorite character had to be the dragon Cynder. I liked how he and Hellsfire bickered at each other.

Overall, this was an enjoyable read. Yes, it was somewhat slow in the beginning but it did pick up. This was a great young adult, fantasy read. I rate it:

Interview with the author, Marc Johnson: 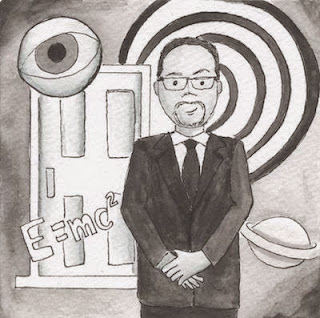 Tell us about the world you created in your young adult series, The Passage of Hellsfire.


The world I created is a very magical and fantastical one. There’s wizards, magic, dragons, dwarves, elves, goblins, ogres, and all that other good stuff. It’s a bit of a throwback to a time when fantasy was fun and filled with adventure instead of being dark and gritty. However, at its core, it’s about growing up, dealing with responsibilities and destiny, and love.


Hellsfire is an unusual name to have. What inspired you to name the main character that?


The reason he’s named that will be get explained more as the series progresses, but basically, it’s who he is. Honestly and for non story reasons, I just thought it was a cool name when I first thought of it many, many years ago.


While you were writing, did you ever feel as if you were one of the characters?


I wouldn’t go that far. However, I would say that I bring out different parts of my personality while I write and imagine what my characters would say and do. I kind of feel like one of the characters in a wish fulfillment way.


If Catalyst were to be turned into a movie/miniseries, who would you like to play as Hellsfire?


This is a tough question. I would like someone young but the problem is all the young actors look alike. Just watch any CW show. I can’t tell who’s who.


I actually think Richard Garfield might make a good Hellsfire but he’d have to do something about that wild hair and bulk up a bit. The guy is just too skinny.


If we Googled your name, what would we see?


If you were to create a slogan for your life, what would it be?


If you put your mind to it, you can accomplish anything.


If you were a genie, what wish would you absolutely not grant? Why?


As fascinating as it would be to watch people make all sorts of mistakes with their wishes, I would want them to live with it. No backtracking wish. That’s just cheating. As in life, you must live with your choices for good or ill.


Name 2 things you consider yourself to be very good at.


Predicting the future and reading people. Oddly enough, neither of those things help me when it comes to women. Probably because I’m too close to it.


Name 2 things you consider yourself to be very bad at.


Opening up with my emotions and geometry. And yet I’m still teaching myself how to draw despite the lack of my angular skill.


Why am I asking you these questions? 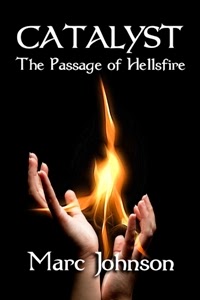 a Rafflecopter giveaway
Posted by Vonnie at 11:40 AM