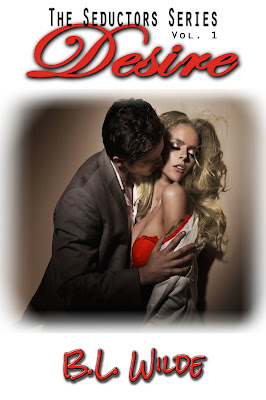 Jade has worked as a Seductor in a secret organization for five years now. Her main job? To earn the trust of her targets and secure the object or information her company was hired to steal—by any means necessary. She’s damn good at it, too. With five years left on her contract, she is handed an assignment that turns her world upside down.

Oliver Kirkham is the attractive, young CEO of Kirkham Industries, a weapons manufacturing company, and is currently in possession of some very important blueprints—blueprints that could change the way war, as we know it, works. He’s extremely focused and doesn’t have time to date, at least until he comes to the rescue of a shy but very alluring Jade Gibbs.

What happens when one night of passion turns into more? Will Jade allow her feelings for Oliver to get in the way of her mission? Or will she do what she was hired to do and secure the steal?Amazon


My Thoughts: Oh my! What a steamy read! I was surprised to find myself liking it so much. I haven't been impressed with today's erotica because I've only encountered very few that I've liked. The majority of today's erotica has poor writing. Desire in the other hand was quite the opposite. I was completely taken by this book because of the story, the sexy scenes, and the characters.

The plot kept me hooked, beginning with the first page. I was fascinated with the idea that an agency as the Seductors could exist. They had to give up their lives for ten years so they could seduce their targets to accomplish their paid mission. I liked how even though these men and women used their bodies sexually, the majority of them where not seen as whores; they were more like agents. The story was fast paced and easily devoured.

Because of the type of job these Seductors had, there were many sex scenes and boy, were they hot! The main character Jade and her target Oliver were a perfect match. Their scenes flowed smoothly and there was great connection between them. Every encounter they had seemed to intensify. I couldn't decide which scene was the hottest. What I enjoyed best about them was how tasteful the scenes were. I did not feel uncomfortable at all. My only complaint would be that there were A LOT of these scenes. I found myself saying, "their doing it again?" I had to take a few breaks from all the steam that kept pouring out of the book.

The characters of Jade and Oliver were captivating. Jade was independent, strong, and intelligent. It was really hard to root for her though because I really wanted her to let go and fall in love with Oliver, but at the same I kept worrying about her safety. She still had five years left with her contract and if she broke the important rules, horrible consequences would befall on her. I wondered how these two would be together since Oliver was such a delectable character. He was confident, rich, handsome, smart, and kind. He exude sexual desire. Oliver was the man of most girls' dreams.

To sum up, this was a delicious read. It had a great plot, provocative sex scenes, and admirable characters. I loved how fast paced the book was because it read quickly. I am looking forward to more works by this author. I rate it:

Excerpt (PG-13):
“I have a priority mission I want you to take, Jade. The rewards for this one are huge,” she explained as she passed the paperwork over to me. “It’s going to take a few months of hard work to infiltrate the actual home of Mr. Kirkham. As you can see, he owns quite a few properties, but only one of the locations houses the main hard drive that our client needs. I’m sure you can use your talents as an advantage to find out which one, though.” I laughed, knowing exactly what Sonia meant. I was one of her top Seductors, after all. In the last five years, I had made over fifty million dollars for the company. My looks helped…a lot. I was your typical perfect blonde with clear blue eyes and legs that went on forever. Men fell for my innocent act, but I was no angel in real life. It never took a target long to find that out, either. Especially if I chose to take them to bed to gain access to what I’d been assigned to steal. I didn’t always need to go the whole way, though—I was just that good.

Sonia was the top dog at the Seductors, and she reported straight to the owner of the organization. I guess you could describe our headquarters in Florida a little like the playboy mansion, except we had guys here, too, and all of us were trained to defend ourselves if we needed to. Rule #6: Seductors must make sure they are always able to protect themselves from any sudden danger. A monthly refresher is mandatory to renew certification.

I could only speculate that our founder must have once been a secret agent or in the FBI in the past, because the contacts this organization had could rival that of the Secret Service. I was still trying to work out if that person was a male or female, but either way, our founder was a genius.

As I sat in front of Sonia, I began to look closely over the paperwork. My new target was a Mr. Oliver Kirkham of Kirkham Industries. He wasn’t a bad looking guy according to the picture in his file: tall, dark and handsome—just the way I liked them. His income stats weren’t too bad, either. Half a billion dollars in net profits last year. Damn, that was a lot of money. He had no partner at the moment, although he had been linked to quite a few women over the last few years. Nothing appeared too serious, however, which was interesting.

It seemed I’d need to travel a bit to track this Mr. Kirkham down. London and New York seemed to be popular places for him.

“When do I leave?” I asked Sonia while I was still reading Mr. Kirkham’s file.

“He’s due in London next weekend to head up an industrial conference.”

“I’m sure you’ll be able to liven up his visit, Jade,” Sonia winked. “Make sure you read that file carefully. We have a lot of money riding on this contract, so we can’t afford any mistakes.”

“Have I ever let you down?” I pointed out.

“Why do you think I’ve put you on this assignment? When do you think you’ll complete the job you’re on right now?”

“I’ll have the diamonds by tomorrow evening,” I smirked.

“That quickly?” Sonia looked impressed, but then I had only been on the job for two weeks.

“It’s an easy steal. I made first contact yesterday, and of course we hit it off. I’m meeting him at his house tomorrow,” I replied.

As I continued to study my new file, it became clear that Mr. Kirkham was big in the weapons industry. Our client wanted the blueprints for a new machine—the S1030—that was being designed by his company. No wonder this was such a big payout for us.

I had no conscience when it came to stealing, nor did I know who wanted these blueprints. Clients had the choice of remaining anonymous to the chosen Seductor—as was the case with this job—but I never thought about the outcome anyway. This was business. It was all about the money, and this deal was worth five million dollars. It was the biggest mission I’d ever been assigned to, and I would succeed. There was no doubt in my mind.

It would be really nice to work on just one case for a few months without having to worry about other assignments; sometimes I felt like a prostitute when I was tasked with seducing more than one target at the same time. This Oliver was becoming more pleasing to the eye each time I gazed at him.

Oh, this could even be fun! 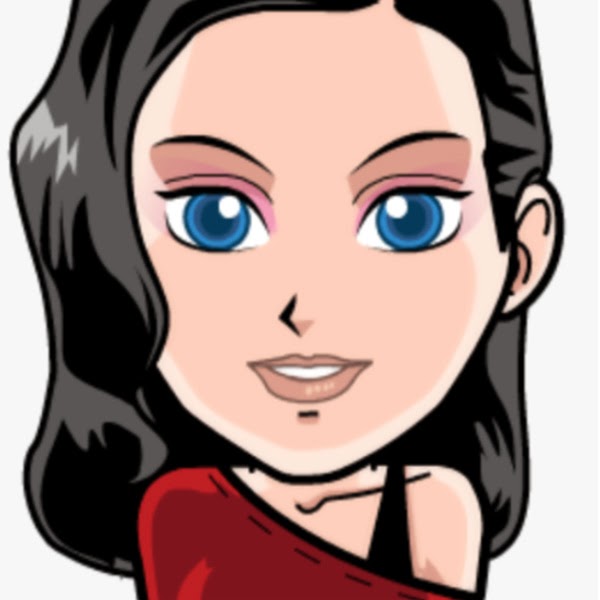 B.L. Wilde is a British author obsessed with many things, including heated love stories. Supported fully by her husband, she can often be found at her desk working on her next project.

Her journey into the world of erotica began when she started writing online stories over three years ago, and she hasn't looked back since.


a Rafflecopter giveaway
Posted by Vonnie at 8:22 AM