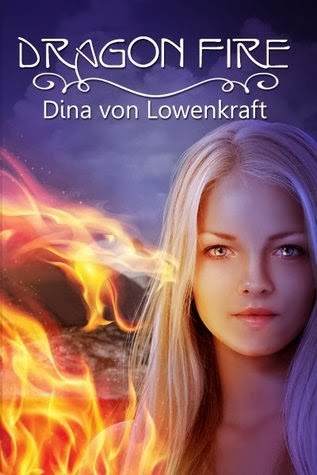 Some choices are hard to live with. But some choices will kill you. When seventeen-year-old Anna first meets Rakan in her hometown north of the Arctic Circle, she is attracted to his pulsing energy. Unaware that he is a shape-shifting dragon, Anna is drawn into a murderous cycle of revenge that pits Rakan and his clan against her best friend June. Torn between his forbidden relationship with Anna, punishable by death, and restoring his family's honor by killing June, Rakan must decide what is right. And what is worth living - or dying - for.


My thoughts: I was drawn into this book by the cover and its premise. I was allured by the idea of shape-shifting dragons. I wanted to know how these fantasy like creatures played a role in our present world. As I began to read this book, I realized that it was an interesting challenge.

The story itself was intriguing but it was very confusing. The reader was immediately thrust into this world without knowing what the terminology was or what was going on. I felt like I missed a whole book because I thrust into the middle of a story. What frustrated me was that things were slowly explained but further on with the book. I kept getting confused with the unknown words, the multiple names of the characters (a dragon's name was different from its human name), and what was going on. I had to read a few chapters over just to get the gist.

However, what I did understand was quite amazing. There was great detail on the characters and the situations. I could vividly imagine the strife between the dragons and I just loved how they were able to morph between their human forms.

I came to learn a few things as well: how it took place in Tromson, Norway, and how the characters were into handball. Tromson was an actual place where the sun didn't shine but a few times a year. This immediately set the tone of the story on how dark the world was for the characters. Then there was handball. I didn't realize that it was a whole competition game and it didn't involve a wall. I had to look it up to see what the author was talking about and I found this game to be extremely fun. This kind of competition game helped me understand the characters more.

Talking about characters, I found them to be well written. Anna was a strong girl, Rakan was a caring and loyal dragon/human, and Dvara was feisty. Unfortunately, as well as these characters were written, I didn't find myself connecting to any of them. The closest one I came to care about was Dvara. I found this to be quite strange on my part.

To sum up, this was an alluring story but was quite challenging for me. I was confused the majority of the time and I didn't feel connected to the characters. I felt frustrated towards the end of the book. However, I did enjoy reading about the unique take on shape-shifters and I quite enjoyed learning about actual things such as Tromson and handball. I rate it:

Born in the US, Dina von Lowenkraft has lived on 4 continents, worked as a graphic artist for television and as a consultant in the fashion industry. Somewhere between New York and Paris she picked up an MBA and a black belt. Dina is currently the Regional Advisor for SCBWI Belgium, where she lives with her husband, two children and three horses.