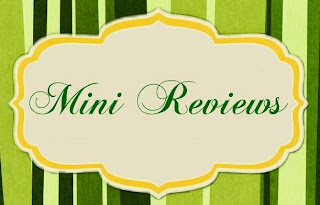 I read two novellas while I was at jury duty, so here are my mini reviews for them:

Venture back to a time when fairy tales were dark and terrifying in these modern-day adaptations of classic stories from two New York Times bestselling authors. In The Key by Rachel Hawkins, a girl uses her psychic abilities to look where she has been forbidden to look. And in The Brothers Piggett by Julie Kagawa, a chubby, insecure boy falls for a beautiful girl, with dangerous and devastating results.

This book was compiled of two short stories by two different authors:

The Key by Rachel Hawkins
This story didn't seem as "fairy tale" like to me. Yes, there were magical elements to the story, such as the main character and mother having psychic abilities. The love interest was not what he seemed and immediately the reader knew that something odd was happening. This read more like a paranormal thriller and the ending was left open for the reading to imagine what was going to happen. While looking up this story, I came to realize that it was supposed to be based on the story of Bluebeard. I can see some resemblance to that story but there was not enough for me to appreciate the retelling.

The Brothers Piggett by Julie Kagawa
I liked this story more. This one read more like a fairy tale. It was eerie, mysterious, and predictable. This story was a combination between the Three Little Pigs and Little Red Riding Hood. I really enjoyed how the two stories were combined.  I have to say, I am somewhat satisfied with the ending. That booger deserved what he got. Is that wrong of me to say? lol

As a whole, I rate these two stories 3 stars.

From New York Times bestselling author Sarah Addison Allen comes Waking Kate, a haunting and luminous short story about a young woman who soon will face an unforeseen change in her life. One sticky summer day as Kate is waiting for her husband to come home from his bicycle shop, she spots her distinguished neighbor returning from his last day of work after six decades at Atlanta's oldest men's clothing store. Over a cup of butter coffee, he tells Kate a story of love and heartbreak that makes her remember her past, question her present, and wonder what the future will bring. A magical story on its own, Waking Kate is also a short fiction tie-in to Allen's 2014 bestseller Lost Lake.


This story was much shorter than I was expecting. It turned out that the ebook was combined with an excerpt of another Sarah Addison Allen's books. Even though Waking Kate was short, it was enough to catch my attention. It was a small teaser of the type of character Kate was and it gave a glimpse as to what Lost Lake was going to be about. The ending of this novella was heartwarming that it encouraged me to look for Lost Lake. I can tell that it is going to be a sweet tale.