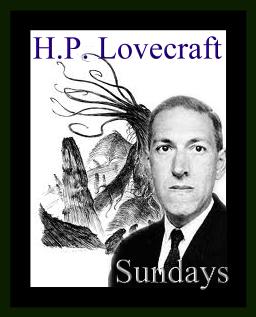 I skipped last week to catch up with some other reading, but today I was able to read another short story by H.P. Lovecraft. 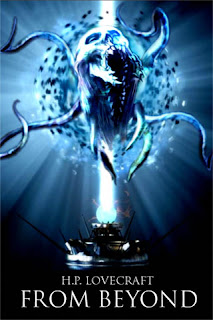 "Horrible beyond conception was the change which had taken place in my best friend, Crawford Tillinghast."

An unnamed narrator talks about what happened to his best friend Crawford two months ago. Crawford's appearance changed dramatically in a short period of time and his servants have disappeared.


The narrator went over to see what was going on with his best friend and came to learn a horrific thing. With a special machine he created, Crawford was able to tamper with a person's pineal gland, therefore allowing the person to view things from a different dimension that normal eyes usually see. The narrator soon came to witness strange alien beings from the "beyond" and learned what really happened to Crawford's servants. He therefore decided to take things in his hands.

This was a strange tale and for a moment I thought that Lovecraft was going to take on the ghostly world. Instead, he stuck with his alien theories. The story was okay but I did like his concept of the different planes in our world and how we are surrounded by unseen things. Overall, it was a quick read.

You can read this short story here.