Spotlight-- The Maverick Touch: The Highway by Ashley Nemer 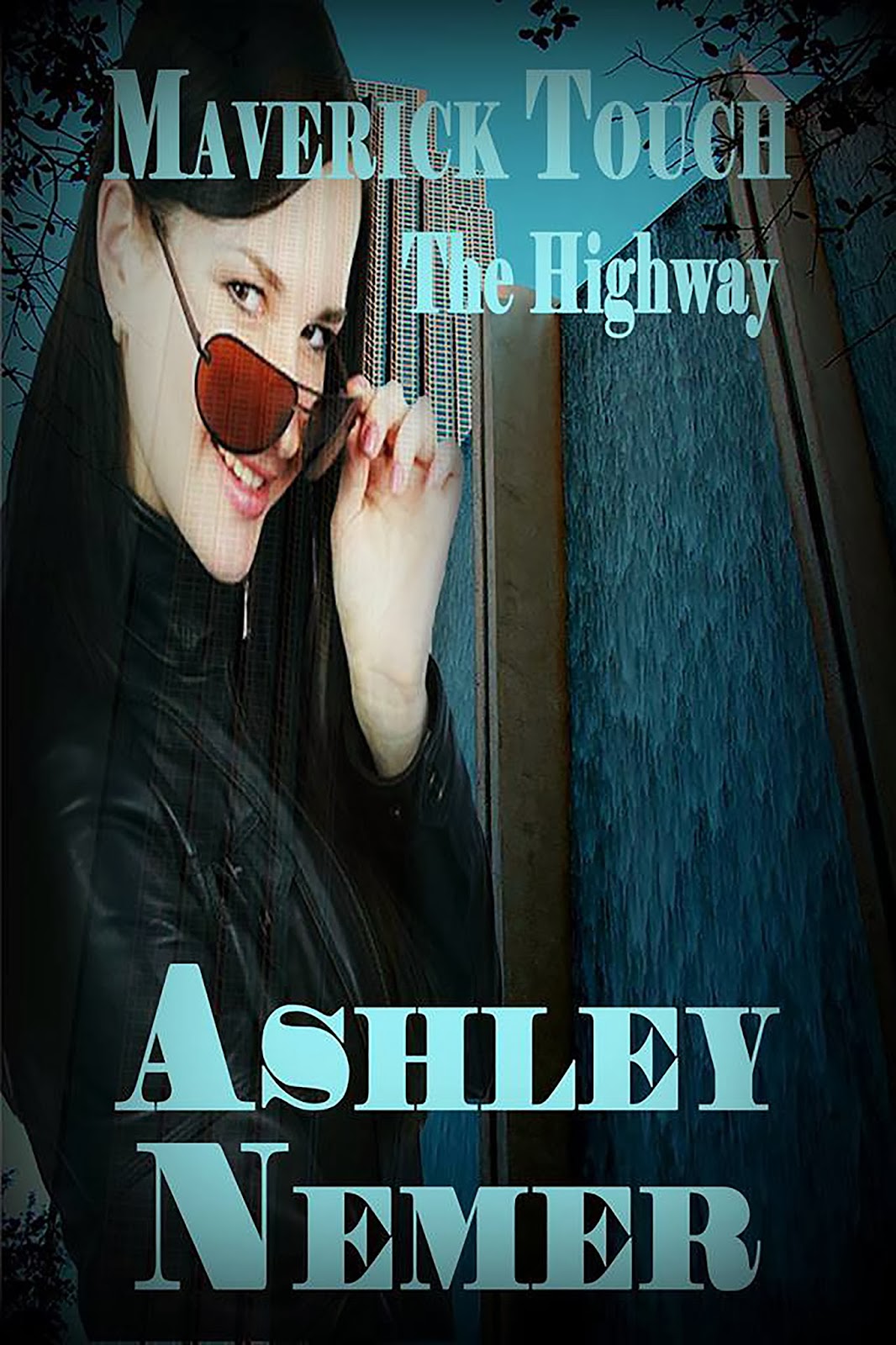 Nadia and Anabella head down to Houston, Texas for what they thought would be a relaxing vacation. Nadia could work on her travel news articles for her boss in Cedar Rapids while Anabella caught a few rays of sunshine. Or that was the plan. Little did they know what trouble lurked inside the luxurious hotel nestled in the center of downtown Houston.

When Carlisle Ali introduces Anabella to his friend and brother-in-arms, Carter Jackson, all hell breaks loose for the Mavericks. Trouble never has a problem finding Nadia when she is out and about looking for a story. Be it Cedar Rapids or Houston, it doesn't matter. Nadia finds a way to cause chaos and disaster.


What happens when MR. A and Mr. J go out on a hunt for the man who is terrorizing people along I-45, the interstate running through the heart of Houston? More importantly, what happens to Nadia and Mr. A when they are forced to face the feelings that have been boiling between them for over a year now?

CHAPTER FOUR – Monday Evening
Nadia and her dinner companions finished up their meal, and after paying for it, they all walked out into the front lobby of the restaurant and started to debate what they each wanted to do next. They looked over the list of attractions, and each started to call out what they wanted to do.
“I want to tour the sharks,” Nadia suggested.
“Come on, a Ferris Wheel!  You know that you want to go on it!”
“Ladies, why don’t we separate and you both do what you wish. We will just meet back together right here when we’re done,” Carter calmly said.
“Yes, that’s a good idea, Carter. Come on, Nadia. Let’s go see your sharks.” Carlisle slipped his hand around her and onto her lower back and guided her over to the entrance of the Shark Voyage train ride.
“If you wanted to do something else, you could have. We didn’t need to do this.”
“Nonsense, this is your vacation. It’s about what you want to do.”
“What about what you want, Mr. A?” she teased him.
“We’ll have plenty of time for what I want. At this moment, it’s about you.” He walked up to the attendant. “Two please.” He pulled out his wallet, slipped the man a ten dollar bill to pay for the ride, and then ushered Nadia onto the train.
“Better hold on, Nadia, or you might fall off into the sea of sharks.”
She laughed and leaned in close to him. “Will you protect me from falling?”
“You know it.” He wrapped his arm around her shoulders, and together they sat like this while the train pulled away from its starting position and traveled through the world of sharks that was found in the middle of the city of Houston.
“Look at the sharp teeth. God, I’d hate to ever be bitten by one.”
“What are you going to be doing that you even need to worry about that, my pet?”
“You never know. I might have to do a deep sea fishing story next, and then what if I’m tossed overboard and left floating in the water.”
“Lord help us if that ever happens. The thought of your shrieking from being scared is enough to make any man go deaf.”
“Hey!” She jabbed her elbow into his side lightly, pretending to be hurt by his comment.
“See, look at you, my feisty pet.”
The train pulled to a slow stop as they were back at the spot they’d started. They stepped off of the platform and started to walk back to the lobby. They got sidetracked when Nadia found an exit and started to walk outside.
“You’re gonna drive your sister crazy if we’re late.”
“Something tells me she won’t mind. I think she’s quite taken by your Mr. Jackson.”
“Mr. J,” he corrected.
“Yes, well since you’re Mr. A, he can be Mr. J. That makes sense. You two are ‘brothers in crime,’ right? Might as well have similar nicknames, I suppose.”
“I don’t like you calling someone else mister. That’s reserved for me, so you can just call him Carter.”
“Oh? Is that so? Does the infamous Mr. A get jealous?”
“Absolutely.”
Carlisle pulled Nadia to a stop by taking her hand in his and holding it tightly. Nadia turned her head and looked at him for just a moment before he pulled her to him. His free hand cupped her cheek, and he leaned down to capture her lips with his.
Nadia’s eyes shut, and her body started to weaken. She felt him release her hand and move his hand to her back to push her body onto his. They stood outside of the Aquarium for a solid five minutes, kissing. Nadia’s mind and body were sunken into the experience, everything about it, the way he smelled, his lips, how they tasted, the lingering smell and taste of lobster permeating through the air from him and onto her.
“Mr. A…”
“Carlisle,” he whispered at her.
“You drive me crazy.” Her words were raspy when they came out of her mouth.
“I know, and you me. You’re an addition.”
“Likewise.” Her hands now found his sides, and her fingers strummed over his shirt while they exchanged their intimate moment.

Author's Bio:
Ashley is married and lives in Houston with her husband Tony. They have two dogs named Toto and Doogie. They have been together for almost 8 years and he brings her more joy than she could ever imagine as a child. She loves to read and has been hooked on the romance genre ever since her life long best friend Laura gave her “Ashes to Ashes’ by Tami Hoag to read when they were younger.


Ashley finds her strength through her family, especially her parents. They always support her in life, they push her to strive for greatness. There once was a motto that Ashley heard in her youth through her Taekwondo life ‘Reach for the Stars’ and that is what Ashley has always done. It was through her upbringing that the values Ashley has and display’s came from. With her Parents always cheering her on in life she was able to grow up having faith in herself and her ability to conquer the world.