Of Beast and Beauty: Week 4 Discussion 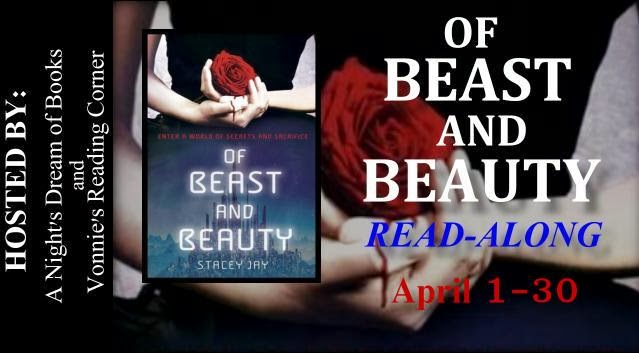 Welcome to the last week
of the read-along:
Of Beast and Beauty
hosted by
A Night's Dream of Books
and Vonnie's Reading Corner!

The rest of the people don't look like people. They are deformed and are suffering. They also live apart from the royal court so that their "ugliness" would not be seen by the royals.
2.       Why are the nobles the only ones spared from the majority of the mutations?

The nobles were the ones that signed the blood pact with the roses. Because of this, the dark magic doesn't affect their appearance.
3.       Are the royal women really “mad” ?

No. The women are coined "mad" once they start to act out of the "norm" of what is expected in Yuan's society. When the royal women start to speak against the roses and/or of Yuan's customs, they are immediately seen as insane and are then locked up.

The men are afraid of change because the slightest change will lessen their power and "importance." The men are seen as above the women and they believe they deserve to have anything they want. If there is change, then their "rights" would soon be taken away. They simply fear that women will become more powerful than them.
5.       Why did the roses attack Isra?

The roses wanted Isra's blood and they were making sure that Isra would not runaway from Yuan. If Isra did leave, the roses would not have any royal blood to quench their thirst. Also, the roses wanted Gem to leave so attacking Isra was a way to show her what would happen to Gem's people if he didn't.
6.       Why does Bo keep trying to protect Isra after the wedding even though he knew she had to die?

Even though he is an annoying person who thinks about himself, he does care about Isra. He does not love her but he does think that she deserves a decent life before her death. Also, he knows that the sacrifice has to be voluntary so he wants Isra to spill her blood in her own terms.

The truth that was shown through the diary was how the covenant was created. Isra learned that ANY royal blood would satisfy the roses' thirst. Because of the cowardice of a king, this truth was hushed and was made to seem that only the royal women were the only ones to be sacrificed.

Isra believes that if she walls herself up then Bo would not be able to remarry as long as she is alive. She hopes that the roses would die without their female royal blood sacrifice. Of course, she does not tell Bo that his blood would work too because she really wants to destroy the roses.
9.       How does the spell get broken at the end?
The love between Isra and Gem becomes stronger, especially when Gem returns for her. It was said in the beginning that if a Smooth Skin and a Monstrous learned to love one another, then the spell would be broken. Isra and Gem's love broke the spell, which allowed the rebirth of the planet.
10.   What are your thoughts on the “new skin” that everyone gets?

I found the idea of having a "new skin" to be such a wonderful ending! This was a way for the planet to start all over again and this was a way that there was no division between the inhabitants of the planet. Everyone became equal.
11.   Why do you think the book ends with “In the Beginning”?

Well, the spell was broken, the planet was given another chance to prosper, and all the people got "new skins." This change was a new beginning for not only for the planet but for the people inhabiting it as well. It sure was a happy ending!


This concludes the last of our discussions. Stay tune for my review tomorrow.

Thank you for reading! 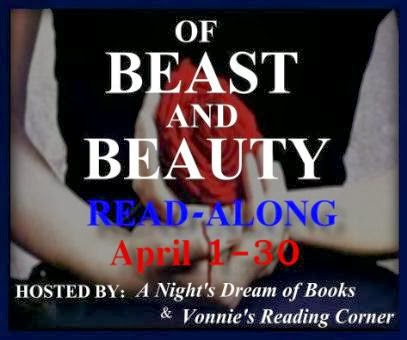 Don't forget to visit Maria and see how she responded to this week's questions.
Posted by Vonnie at 12:03 AM