Spotlight-- Salome: The Myth, the Dance of the Seven Veils 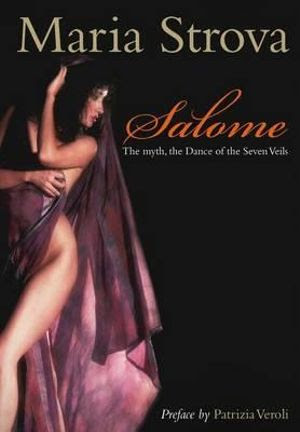 Synopsis
When Oscar Wilde wrote Salome, he named – without describing it – the Dance of the Seven Veils. This happy absence of any code of movement has allowed choreographers, directors and dancers to imagine – each one according to their own talents – a dance with infinite possibilities. Among the artists who have tackled the character of Salome and her dance, particularly those who have used the languages of theatre and cinematography, many have thoroughly explored the relatively hidden themes in the myth, and many, including the most innovative versions and the most daring experimentations, have succeeded at highlighting a variety of aspects.

This book, published after years of study of Salome’s character as represented in written texts, images, film, theatre and cinema, is unique in its approach. The author is first and foremost a dancer, and by virtue of her art, she has been able to explore the themes and the myth of Salome by personally experiencing, with her own skin and her own sweat, that inner world, so rich and controversial, that makes Salome a female archetype without parallel: hated but fundamental, condemned and yet indispensible for breaking the rules that continue to constrain women who, rendered mute and unable to express themselves before Herod’s lustful gaze, are depicted by a porno-chic culture that deprives women and dancers of an authentic sexual experience.


In the author’s conception, Salome embodies the myth of reappropriation of the body and the desire that is liberated through dance. Viewed in this manner, the Dance of the Seven Veils is an invitation to venture a personal point of view, a telling of the story that is new every time since, as Strova has written, “every woman has her own Dance of the Seven Veils to perform”.

The author “has dedicated her artistic and intellectual research to dismantling certain stereotypes that encumber representations of women and dancers […]” (P. Veroli, 2011). She offers us instruments for reflecting on the feminine condition in every era, and on the social constraints that forbid women to abandon the role of the passive concubine and prevent them from freely expressing themselves. She invites us to look at Belly and Veil Dancing in a new, participatory and conscientious way. 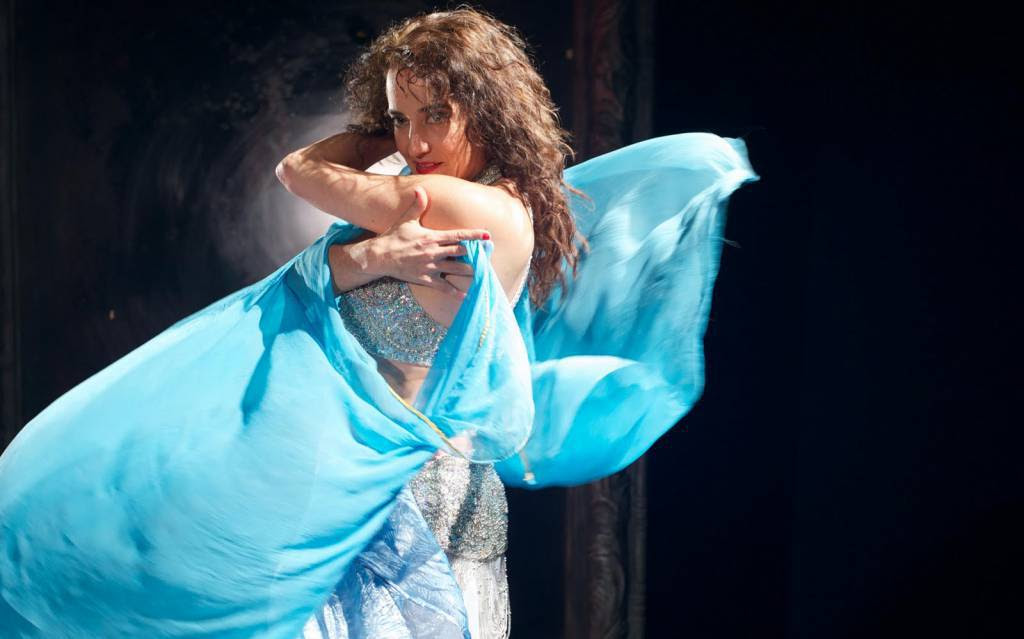 Maria Strova was born in Colombia, where she began to study classic Russian dance at the age of 12.
At 17, Maria moved to the United States, where she studied a variety of modern dance styles. One day, as she was walking down the street in New York, she happened to hear the sound of a drum, a darbouka, and thus discovered Belly Dancing.  At that moment, the long journey of study and research began which would ultimately lead Maria to present her own work in many countries: Japan, Mexico, Egypt, Colombia, France and Tunisia. Her performance “Veil Dancing, which defines Invisible Breath” was particularly successful.
Maria Strova is the author of the book The Secret Language of Belly Dancing, published in the United States and Europe. She has produced a variety of teaching DVDs, and wrote and directed Searching for Scheherazade, the first documentary in Italy on the art of belly dancing and the daily efforts to keep the dance alive. The film was presented at the International Electronic Choreography Festival and during the RAI program Art News.
She has danced and discussed her work on such television programs as On the Slopes of Kilimanjaro, the Maurizio Costanzo Show, One Morning, The World in Color, and In Psyche’s World. Maria has also led workshop at the DAMS School of Theatre Technology and Science at Roma Tre University and at numerous Belly Dancing festivals, both in Italy and abroad. She currently teaches at the IALS in Rome.
Maria is the Artistic Director of the Omphalos Cultural Center and the Breath Theatre, based in Fiano Romano (Rome), where she develops new talent, in collaboration with other teachers, through the search for a Belly Dance adapted to theatre and choreographic experimentation.

I am very fortunate that I am going to meet the wonderful Maria Strova of Italy this weekend. She will be presenting her video special, will be giving an awesome Seminar on embracing Salome, and will give a master class with her very own designer wings. I am psyched!

If you are in Southern California this weekend, please come join us! Click on the flyer below: