When seventeen-year-old Sia wakes up on a park bench, she has no idea who or where she is. Yet after a week of being homeless, she’s reunited with her family. At school, she’s powerful and popular. At home, she’s wealthy beyond her dreams. But she quickly realizes her perfect life is a lie. Her family is falling apart and her friends are snobby, cruel and plastic. Worse yet, she discovers she was the cruelest one. Mortified by her past, she embarks on a journey of redemption and falls for Kyle, the “geek” she once tormented. Yet all the time she wonders if, when her memories return, she’ll become the bully she was before…and if she’ll lose Kyle.

My Thoughts: What a wonderful read this was! It had me hooked from the first page I started reading all the way to the end. I was surprised at first because I was expecting to read a thriller but instead I was presented with a contemporary young adult book, and a well written one too! SIA was a charming and meaningful read.

The plot started off very mysterious, which lead me to believe of a different genre, but soon turned into a story of self-discovery. It was quite frightening to read the first few chapters of Sia realizing that she didn't know who she was and was lost in a strange place. My heart thumped as I wondered what was going to happen to her out alone and helpless. Luckily, Sia ended up meeting a very kind homeless woman who helped her out. This section of Sia being with the homeless was my favorite. It was the turning point of Sia's life and it also showed a light to the homeless situation in our cities. The rest of the story was about Sia learning about who she was before her amnesia and of her proving that she was a better person. It was wonderful read how a bully saw the wrong in her ways and learned what really mattered in life.

The characters were very well developed. Sia was my favorite character. Her character should be introduced to younger girls because Sia showed growth in this story. Materialism and vanity were not important, but family and knowing a person better was what really mattered. Sia learned this and tried her best to let those around her know what really mattered in life. Another character I loved was Carol, the homeless lady that helped Sia out. She was a very endearing and really helped open my eyes to the reasons why people end up on the street. Carol was the perfect example of compassion because even though she had nothing to her name, she still gave a lot of herself to help out another human being. Last, there was Kyle, the boy that Sia once tortured for being a "loser." For a young man in high school, he already knew what really mattered in life for he had a big heart. He dedicated his free time to feed the homeless and organize charities. I wish more boys were like him. These three characters really made me love SIA.

Overall, this was a marvelous read. I loved how a bully learned the errors of her ways and became a better person. Though it would have been nice for this to have happened without the amnesia part, but it did help make the story intriguing. Though I was expecting to read a thriller, I was not disappointed with this story. This is a perfect read for young adults. I rate it: 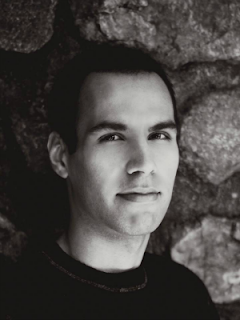 Josh Grayson was born in Mexico, raised in Massachusetts, and now lives in Martinsville, Virginia. It was his move to the South that stirred his imagination and gave him the courage to start writing. When he’s not writing, Josh spends his time reading, jogging, swimming, and watching YouTube videos.

Josh currently works as a medical driver, shuttling people all over Virginia and North Carolina. He has also worked as a machinist, film sales rep, admin. assistant, and telemarketer (he apologizes if he has called you).

Sia is his debut YA novel.