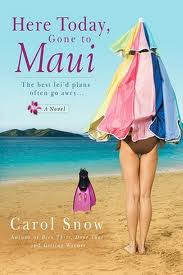 Jane Shea loves to be organized and have everything pointed down on a planner. So when her boyfriend Jimmy tells her that they are going to Maui, Jane immediately starts planning, making sure nothing goes wrong. She's afraid that she won't pack everything or that they might miss the flight. What she does not plan on is that her boyfriend Jimmy might end up disappearing over in Maui.

I got this book for a challenge over on Shelfari and was surprised on how much I liked it. It is a very easy read (and being an ebook made it faster to read) and a perfect summer read.

I thought Jane's character was very believable and annoying sometimes with her OCD. I really liked how I was able to compare myself with her though with some of her peculiarities. 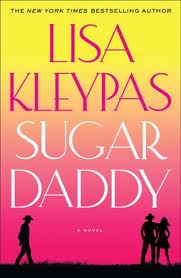 Liberty Jones and her mother move to a trailer park with the mother's new boyfriend. Liberty is only fourteen and has many hopes and dreams for her future. She soon meets a boy named Hardy Cates that soon inspire more goals in her life.

A year later, Liberty's mom has a daughter and Liberty falls in love with her new little sister. She loves her so much that she soon becomes a surrogate mother for the little girl.

Then the unfortunate happens, Hardy goes away and Liberty's mom dies in a car accident leaving Liberty to fend for herself and her little sister.

Liberty tries really hard to support herself and her sister yet still be able to find the perfect man. The hard thing about the man business is that she has to choose between two men.

This was my first contemporary romance by Lisa Kleypas and it read more like a chick lit than a romance novel. It describes how Liberty grows up and finds love in the most unexpected places.

This was a very cute audio. The narrator did a great job portraying the young Liberty and did a fabulous job portraying the little sister. The only thing I did not like was how the book ended, which had nothing to do with the narrator. Though it did inspire me to look up the next book in the series.