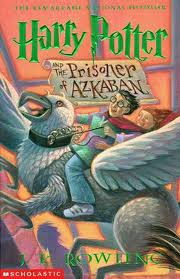 Harry Potter and the Prisoner of Azkaban by J.K. Rowling

Twelve-year-old Harry Potter cannot wait to go back to Hogwarts because life with the Dursleys is miserable. Two weeks prior to going back to school, Harry uses magic by accident and decides to leave the Dursley home. While he is escaping, he notices that a black dog is watching him.


Once he is back at Hogwarts, Harry believes that things will go well. Unfortunately, the most dangerous criminal named Sirius Black has escaped Azkaban and now Sirius is looking for Harry to finish the job that He-Who-Must-Not-Be-Named was unable to finish.


This is the third book in the series and so far I think it’s better than the first two books. Even though I already knew what was going to happen because I’ve seen the movies first, I was quite hooked with the plot. I liked all the twists that the story had in keeping the suspense about Sirius Black and I also liked how there were parts that lighten up things.


I also greatly enjoyed the characters, the old ones and the new ones. Professor Snape is meaner than ever and greatly enjoys taking points off from Gryffindor, which I found the excuses hilarious. Professor Lupin has some secrets but is a very noble character and a great help to Harry. And the two paintings, The Fat Lady and Sir Cadogan, were simply funny especially Sir Cadogan.

The Recipe Club: A Novel About Food and Friendship by Andrea Israel & Nancy Garfinkel 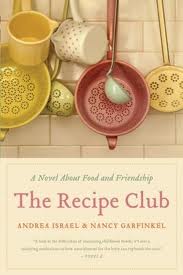 Lily and Val have been friends since they were young girls. They formed a two-person club called “The Recipe Club” where they share different recipes with one another through letters. These girls are inseparable until one betrays the other, which ends their friendship temporally. After many years, the girls try to rekindle their friendship but a terrible secret unfolds, which reminds Lily and Val on why they can’t be friends.


This epistolary novel was done well. It is told through the letters and emails that the girls sent to each other. I loved the letters that went back and forth between “LillyPad” and “ValPal”. They showed the great friendship they had even though they were total polar opposites. It was also great to see how these girls aged with the letters and how they became the women they grow up to be.


The recipes that were shared were cute. The title for each recipe reflected on the situation on what the character was feeling.  Also, these recipes sounded delicious that I had to make copies of many of them.


Though I did find the reason as to why they stopped talking kind of absurd, it was pretty comprehendible. How many of us are still friends with our best friends from childhood? Didn’t we also have silly reasons as to why we are no longer friends or simply stopped communicating? It makes one remember the old days we had when we were children.


This was a very enjoyable read and I recommend it.