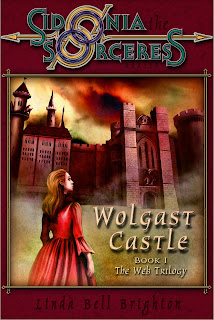 Book One of the Sidonia The Sorceress Series by Linda Bell Brighton
Forced to attend Princess Maria regent's celebration at Wolgast Castle, 1560 Germany, Sidonia von Bork, fears her magical abilities will be discovered and she'll be burned alive as a witch. When she discovers she is actually a member of an ancient shape-shifting race and the prophesied Golden One, she must face her destiny: to save the multiverse from the daemons determined to destroy all humans, and stay alive in the process.


My Thoughts: I have to say that I found myself liking this book a lot. I do admit that it was confusing in many parts because of the choppy transitions and editing errors (I had an ARC version), but I was able to ignore these and just enjoy the book. Linda Bell Brighton took historical events and people and created a fictional world filled with danger and magic. It was a very fun ride.

It was interesting to read a story that took place in the Burning Times. For those that don't know, hundreds of innocent people (mostly women) were burned alive for witchcraft. In this book, witches actually existed but they were not all bad. Religious people, like Princess Maria, were on the constant lookout for witches. I found myself shaking my head constantly for the silly things that were seen as "evidence" that would tell if a person was a Devil's servant. I also found myself constantly worrying for the main character, Sidonia. I kept wondering if Princess Maria would finally find some evidence against Sidonia and imprison her. The suspense had me at the edge of my seat.

What I found the most fascinating thing about this book was that Sidonia van Bork actually existed. She was a noble woman accused of witchcraft. Though Wolgast Castle is the first in the series, it does make me wonder if our main character would suffer the same fate as the actual woman. I guess I'll have to continue reading the series to find out. :)

Overall, this was a very interesting take of a real event mixed in with fantasy. The story was engaging and the historical facts had me intrigued. I rate it:

Plotting with Tarot: Repeat The Spread by Linda Bell Brighton

Now that you’ve read the character and plotting tarot posts at From The Bootheel Cotton Patch, All Fantasy Worlds , and Nicki J Markus, I’m going to ask you to do something that is usually frowned on by serious tarot people: Repeat a spread. If you repeat a spread, asking the same question, you get the same meaning, even if there are different cards. (This is where I really got amazed when I first started with tarot.) If you do a different spread while asking the same question, you get the same answer with subtle differences.
Why would I want you to repeat a question using a different spread? To shape the book to your story.


If you write your book based on the spread you did after my blog for Nicki, readers and reviewers would say it was “flat.” My immediate reaction would be, of course, that was how you dealt the cards! An example of a spread that works is to deal the five sets of cards to form an upward slant to the spread. The steeper the slant, the more tension the book will have. “Give me a break!” I hear you saying. “The slant of cards makes my book a cozy or suspense or a thriller?” Yes and no. It’s your thoughts that give the intention. It’s your intention that interprets the cards. But yes, more intense cards appear with a steeper slope.
But what if my book isn’t a cozy, suspense, or thriller? Then close your eyes and imagine the shape of your book. Maybe if it’s romantic suspense, you keep the upward slope, but the card crossing is the Love Interest. Or if they don’t cross that much, maybe put them next to each other. Or find another spread that fits your book better. Or create your own spread. 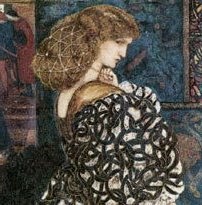 Linda Bell Brighton fell in love with myths, magic, and monsters at an early age. On a thunder-storming day in the Keys, her father—in his bass reading voice—brought The Hound of the Baskerville to too-vivid-life. From that day forward, Greek and Roman myths merged with Wonder Woman and Super girl. After studying medieval and Renaissance literature in college, she now combines her loves by writing an alternate history of the Witch Burning Times that she calls magpunk: real history with myths, magic, monsters—and daemons, too.


Linda is giving away prizes, including an e-copy of her book at each blog stop on her tour AND three Grand Prize Giveaway of one Travel Mug, one T-Shirt and one Custom Jumbo Tote Bag with your choice of fan art, chosen from here: http://www.zazzle.com/sidonia_the_sorceres shipped to anywhere in the world


1)      To win a book: Leave a comment on this blog post on what is your creativity to be entered to win a book. Be sure to leave your email address in the comments so we can contact you if you’re the lucky winner. This giveaway ends seven days after the post goes live.

2)      To win the Travel Mug or the T-Shirt or the Custom Jumbo Tote Bag with Linda’s fan art of your choice, click the link to go to Linda’s website here http://www.lindabellbrighton.com/ and enter the Rafflecopter at the bottom of the page. The three lucky winners will be selected by October 7, 2013 (or you can enter below this blog).
a Rafflecopter giveaway
Posted by Vonnie at 12:03 AM