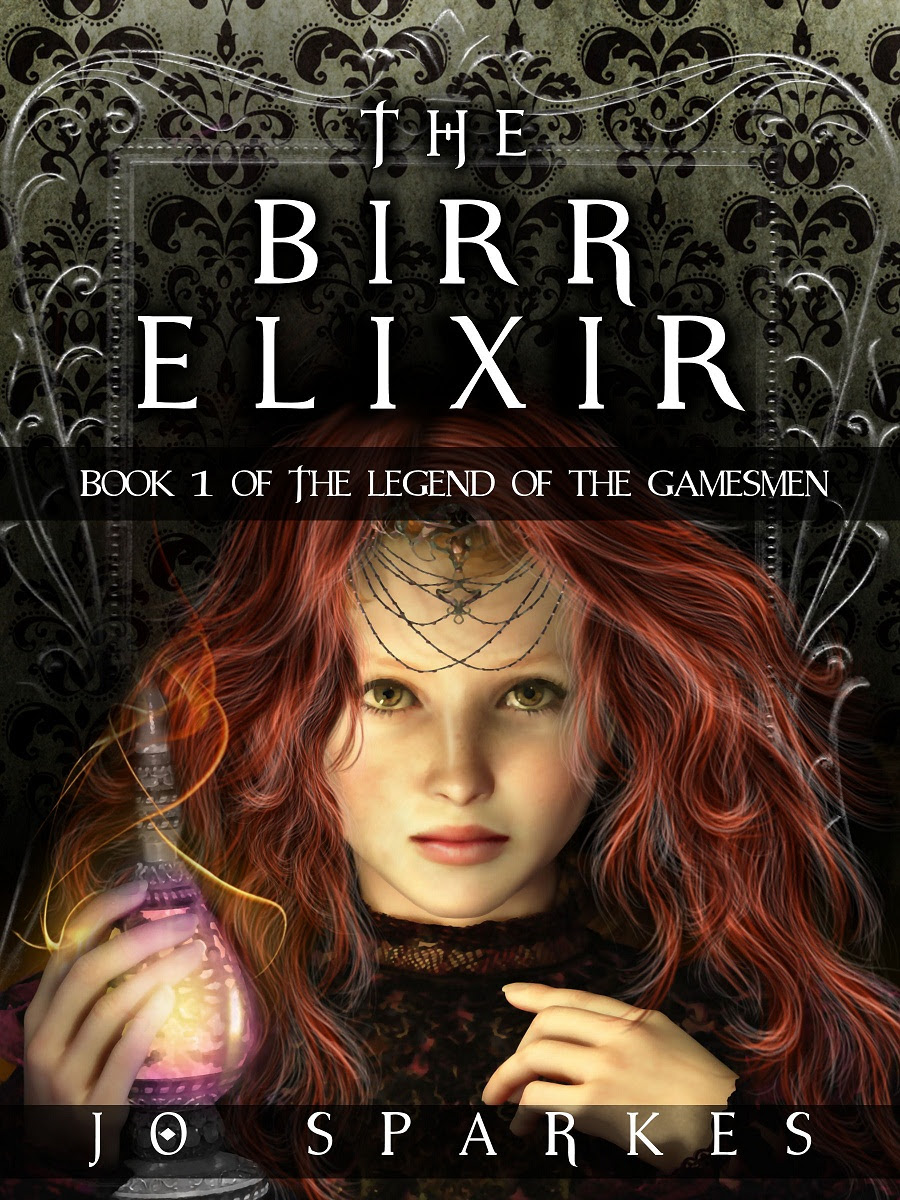 When a young apprentice makes a mysterious elixir from a recipe in an old book, she's suddenly the talisman for a daring Gamesman - and the weapon in the conspiracy against a prince.

Marra never heard of Birr Elixir. But when Drail sees the potion in her dead mistress's book, she agrees to make it. Even lacking the right ingredient.

And after drinking it, Drail and his men defeat a Skullan team - something no one has ever done before. Marra is offered a place as his traveling potions mistress. Full of doubts of her own ability, she takes the chance to escape her slave-like existence.

Then her potions woke a man who was not supposed to wake.

Now every day draws more attention from the True Masters. And their motives – and morals – are not for the faint of heart.

If they discover the truth …


My thoughts: This was a fun fantasy book. I was surprised on how much I ended up liking it. I was asked by the author to review her book and accepted after reading the interesting synopsis. I was not sure what to expect because I've had hits and misses with fantasy books. Luckily, this was a hit with me.

I quite enjoyed the story. I was immediately captivated with the world introduced to me in the beginning. I wanted to know more about being a potion maker and was intrigued with the popular game called "Comet." I do have to admit, though, that it dragged a bit for me in the middle. As exciting as it was to learn about a new game (somewhat reminded me of Quidditch), I could not completely understand how it worked. I was confused as to what was going on, which made these chapters harder for me to follow. Luckily, my attention was grabbed again towards the last few chapters.

I really liked the characters as well. I found Marra's character to be the most exciting. She was eager to learn her trade and eager to help out people. Even though her life was constantly threatened, she still had the heart to do the right thing. I even felt proud of her for what she did at the end of the book. Another character that I found fun was Tryst. He was kind and mysterious, but I really loved how he took care of Marra. He didn't take advantage of her even though he asked Marra to go with him and his team just to help them win the games. I was a little suspicious of him at first, but I grew to like him right away.

Overall, I had a great time reading this fantasy book. Yes, there were a few slow and confusing parts but I was able to get past these. I liked the story and the characters. I rate it:

She's been a feature writer on ReZoom.com and a contributing writer for the Arizona Sports Fans Network; where she was called their most popular writer, known for her humorous articles, player interviews and game coverage. Jo was unofficially the first to interview Emmitt Smith when he arrived in Arizona to play for the Cardinals.

She has adjunct taught at the Film School at Scottsdale Community College, has teamed with a Producer on a low budget thriller, and a Director on a New Dramady." She went in front of the camera for a video, "Stepping Above Criticism", capturing a popular talk with her students. Her new book, FEEDBACK HOW TO GIVE IT HOW TO GET IT, shares her lessons learned with writers, and indeed everyone dealing with life's criticism.

When not diligently perfecting her craft, Jo can be found exploring her new home of Portland, Oregon, along with her husband Ian, and their dog Oscar.